What do you see when you look at a glass of wine, delicious? Could this deliciousness be inspiring?

Yes, it could! At least, it was for James Thomson, a physicist, who first identified this so-called “tears of wine” phenomenon on the walls of a glass of wine in 1855. This interesting physical phenomenon is manifested as a ring of clear liquid that forms above the surface of the wine on the sides of the glass. The drops continuously forms and fall in a stream back into the bulk wine.

This phenomenon is caused by a gradient in surface tension (see “Volcanoes” collection) or a gradient in temperature. It is called the Marangoni Effect, after an Italian physicist Carlo Marangoni, who studied it in 1865.

“Marbles” is what you can see when a chemical reaction is “helped” by Marangoni Effect. Do you see the Marangoni “Wings”?! 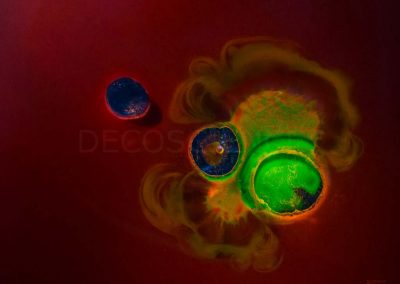 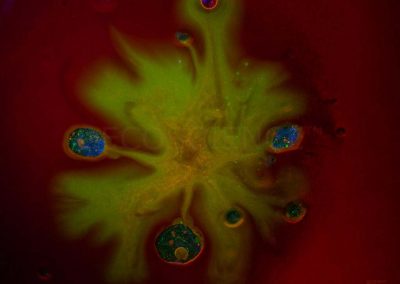 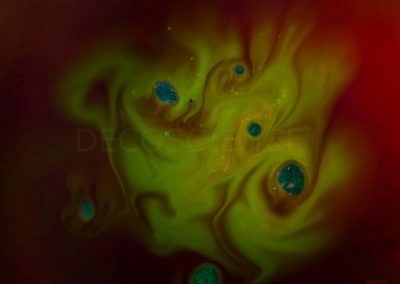